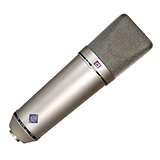 We received the pre amp on Tuesday and I’ve got it all up and running. It sounds absolutely stunning with our U87 - the upper harmonics are just unreal, thank you so much!

Just thanking you again for letting me demo the MA2.2. The unit sounds absolutely incredible on acoustic guitars and vocals. I have yet to try it out on piano but I am sure it will be great on it too. It picks up every detail like a telescopic lens and the sound that it captures is very wide, rich and full. It is also very quiet as well, which is a bonus. It captures the guitar exactly as I hear it when it is played. It is the only time I have ever heard the guitar captured this way. No other preamp that I have used has come close to yours. Having the transformer less and Sowter transformer options makes it very versatile. Vocals sound amazing especially through the Sowter transformers - much better than my AMEK CIB, AMEK 9098, Neve 1073 Clone, and Manley VoxBox. It couldn't be better.

Our label works largely with classical solo instruments – especially guitars and piano on location - and the MA-2.2 has proved incredibly successful in this role. The transients are handled incredibly well and the sense of space captured is very impressive. Having used a variety of high-end preamps before in this role, the MA-2.2 has become my first choice for work of this type, providing massive clarity and detail without being overly clinical. Many congratulations on an excellent product.
[Draft Records UK]

Just wanted you to know that we have been using the Buzz (MA2.2 with Sowter output transformers) a lot in my studio to 2" tape and it is particularly fantastic on acoustic instruments. We have some old Martins and even though the studio is in my house (and we sometimes record acoustics in the kitchen because of the ceiling height and wood) we are getting world-class sounds, particularly with two Telefunken/Schoeps small condensers - delightful. Great work, anyone who tries to classify them as bland or sterile is deaf. Your fan in Tucson AZ!

I think that the Buzz Audio MA-2.2 is a great boutique mic pre that lives up to it's hype. I love mine and it's been great to have another color to offer clients and to choose from myself. I've used it on drum overheads with DPA 4015's and it was fantastic. Great balance and smooth, fast transients. You already know that it's sounds great on acoustic stringed instruments but I was also pleasantly surprised to hear it with a ribbon mic on electric guitars. Sounded great again. I have used it in conjuntion with a Flamingo and the Great River. It has a similar build quality and holds it's own with those 2 mic pres (which are both excellent).

Since I started mixing ITB ("in the box" or inside a DAW) about 5 years ago, it made life much easier, especially when a remix had been requested, but I was never really content with the over-all sound quality. I heard about the Folcrom passive summing buss, and the ability to integrate a mic-preamp of your choosing. I was interested in finding out what the hype was about, so I was in touch with Nathan Eldred of Atlas ProAudio. After a week of repartee, he suggested I try the MA2.2 with the Sowter transformer to gain the Folcrom. Let me just say that I will never mix ITB again. The Buzz/Folcrom combo is an absolute winner. Tracking with the Folcrom is fairly easy. Assign (Stem) your channels accordingly, and you¹re set. The MA2.2 is the best piece of equipment I have ever bought. It's unbelievably smooth and clean. If you're looking for that wide, spacious sound, with an incredible depth of field mix you get with analog, this is it!
[Dean Landon website] 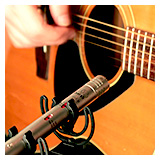 After 4 years of using the MA 2.2, I'm still sold on it. It sees regular use day in/day out, and has come to be a favourite for drum kit, acoustic guitar, piano, percussion, and especially female voice. The Sowter transformer output is great, and - I can still use the unbalanced output(s) for it's transformerless sound ! You were right - I never did return the MA 2.2 after my trial period, and after this many years, I think it'll be safe to say, "I'll keep it!" Great work Tim - I look forward to more of your items in my racks!

I think the MA2.2 is doing its job brilliantly, it sits there in the background and adds a warmth and clarity that a lot of others don't but it also does not effect the source enough to take away the original sound you started with the best of all worlds. At the moment I am working on an album that uses a lot of Ethnic/Celtic string, wind and percussion instruments so it is important for me to not lose the original sound, so the MA2.2 coupled with the Sounddelux mics are the perfect partnership. I have used it for recording live strings and vocals with Paul Carrack and it never lets me down. The only thing I would like to see is some form of metering, I would like to try the compressor at some point in the future.
[Beat Poets]

Just wanted to drop in and say that the MA 2.2 positively rocks. It's been the first-call acoustic guitar preamp around here since I got it (just got off a session with a wide-eyed acoustic player who LOVED it on his instrument), but I decided to try it last weekend on kick and snare, since people here have raved about it in those applications. Very nice on both. Great on kick drum (I used a 421 inside the kick, and a U87, of all things, outside). Amazing transient response all-around, and really, really tight well-damped bass response. No sogginess or floppiness anywhere. I really liked it. And this was on an alterna-rock tune, of all things. I'm usually a fan of Neve or Trident A/Daking circuits for this kind of music for drums, but the Buzz is a nice contrast. Obviously not nearly as colored, but tighter all-around, and very present. The drum tracks really smack nicely through the monitors and competes well with the dense guitars.

Just a quick note to let you know that I still love my MA2.2 preamp. I bought it last April, and it's the one I always use first. On the first live concert recording I used the MA2.2 for, the conductor asked if I had changed out the tubes in my mics. He said that it sounded the same, but somehow better. He couldn't describe what he was hearing...it was just better to his ears. I agree ... everything is just smoother and better. That's all...just enjoying using it!

I've finally wired the Buzz MA2.2 up and had several sessions with it...WOW, what a great mic pre! I used it first on a stereo acoustic guitar track with a Shure SM-81 and a AT4033 and the result was spectacular. The pre really seemed transparent, the guitar sounded as if it was sitting right behind the speakers! Next I used it for drums, first on the kick and snare combination, then on stereo overheads. Again the MA2.2 sounded absolutely wonderful (too bad I don't have several more channels of your pre...perhaps in the future). I'm looking forward to many more successful sessions using this piece. Thankyou.

I'm very much enjoying my MA2.2 and the lovely quiet and clarity it brings to everything. I'm particularly impressed with what it does for my dynamic mics...I was amazed when I heard a vocal on an SM57 through it--it made me understand (for the first time) how people could think of using that mic for recorded vocals. The Buzz brings out a little bit of richness and air in the 57 that I haven't heard before. I've also been getting decent kick drum sounds, which has always been something I've had trouble with--I use a D112 and most of my kick tracks through the Mackie pres have had that bouncing-ball sound. The ones I've recorded with the MA2.2 so far have a nice depth and clarity and actually sound like a drum. So, thank you again for making it!